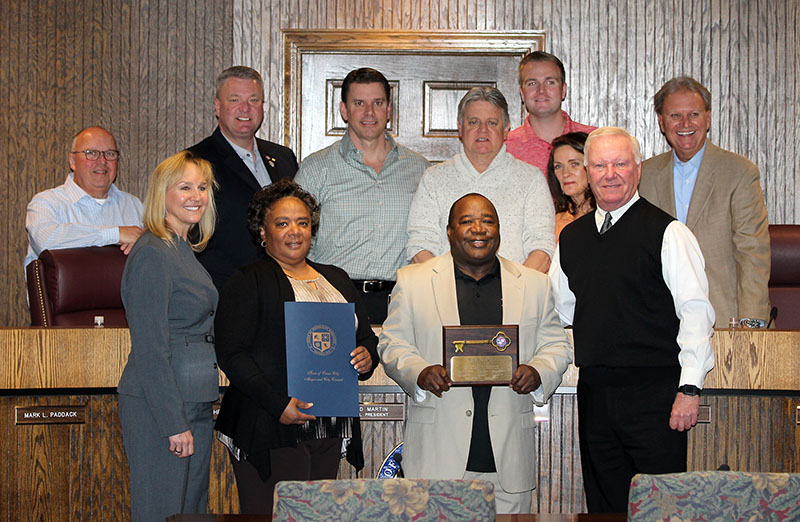 Hired in January of 1980, Hondo came to Ocean City from Harford County Recreation and Parks.  He started as a public grounds specialist and was later promoted to recreation supervisor and recreation manager.  With nearly two decades of experience supervising recreation programs, Hondo had the opportunity to interact with kids, parents, coaches, business owners and community organizations.

“Hondo loves this community but it’s clear that this community loves him more,” commented Recreation and Parks Director Susan Petito.  “He went above and beyond his involvement in the Recreation Department and committed his life to creating programs, developing initiatives and volunteering his time to make Ocean City a better place.”

Along with his professional responsibilities, Hondo has had active roles with the Ocean City Drug & Alcohol Abuse Prevention Committee’s Play it Safe program and the National Alliance for Youth Sports. He has received numerous Governor’s Citation Awards and has been named Ocean City Citizen of the Year twice, as well as Best Youth Organization Director.  To add to his accomplishments, in 2019 the Town of Ocean City’s sportsmanship program was renamed the “Alvin Hondo Handy Sportsmanship Counts Program” in dedication of his passion for sportsmanship.

“The heart and soul of the Recreation Department is Hondo,” commented Ocean City Mayor Rick Meehan.  “His compassion and his ability to advocate for sportsmanship, promote healthy habits and be a role model for thousands of kids in Ocean City is unparallel and will be impossible to replace.”

Give a Lasting Gift to your Loved Ones; Beautification Committee offering special rate for “Reflections of Life” display
May 17, 2022

Ocean City Town Hall Preparedness Meeting “Are You Ready”
May 16, 2022