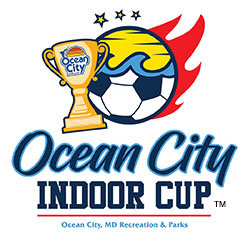 Save the dates for this year’s installment of our Ocean City Indoor Cup tournament! Stay tuned for more updates and information to come. Please send all tournament inquiries to [email protected] 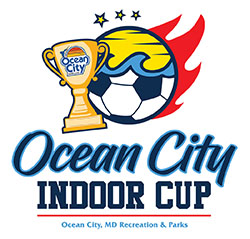 We are offering each single birth year from 2008-2012 but reserve the right to combine age groups into two year groups in order to offer the best tournament possible.

We will continue to require proof of age for each player at check-in, which is at least 30 minutes prior to your first scheduled game. All players MUST have valid ID. Age verification documents that will be accepted include: birth certificates (copies allowed), passports, approved soccer cards from leagues, and US Soccer Federations that include birthdates. Thank you in advance for your understanding and compliance with this requirement. Adults are required to have proof of age available if challenged by opposition.

The West Gym is approximately 140′ x 100′ with an eight foot high dasher wall and a Mondo Rubber floor.

The East Gym is approximately 110′ x 95′ with a four foot high dasher wall and a Mondo Rubber floor.