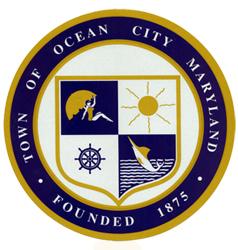 Please see the following media advisory from the Town of Ocean City:

After a national search which yielded numerous applicants, the selection of the next city manager in Ocean City has been made.  Gathering tomorrow in the council chambers at City Hall, town officials will hold a news conference to formally introduce the town’s new manager, who was selected by a unanimous vote.

WHAT:          Ocean City’s new city manager will be introduced by the Mayor and City Council at a news conference at City Hall.