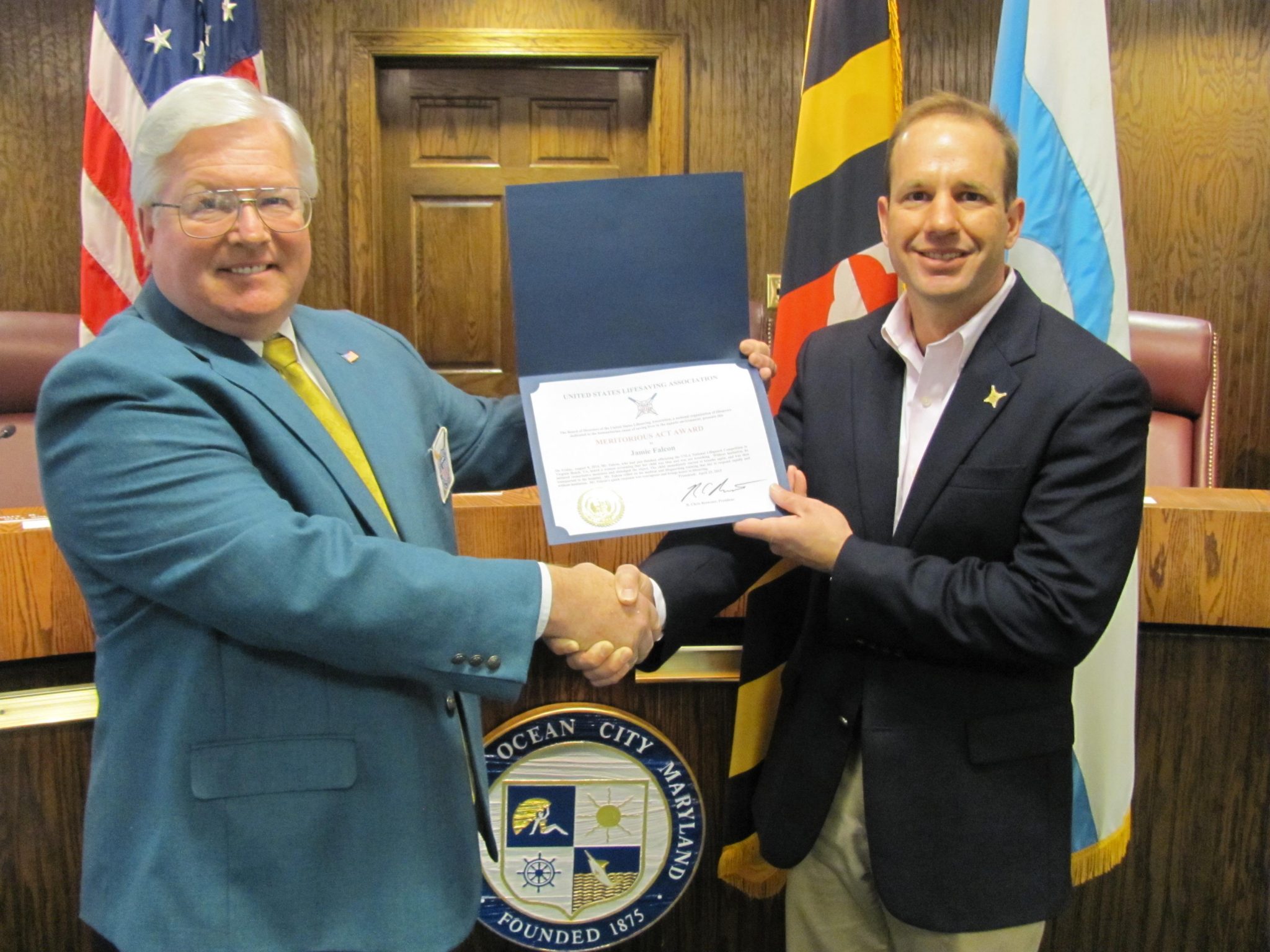 (March 2, 2105) – Last summer, amidst hundreds of lifeguards at the United States Lifesaving Association (USLA) competition in Virginia Beach, Va., Sgt. Jamie Falcon of the Ocean City Beach Patrol (OCBP) was at the right place at the right time. After judging an event competition, Falcon noticed a child choking nearby and immediately ran to the rescue. The 14-month-old, who was choking on a potato chip, was resuscitated thanks to Falcon’s quick response and lifesaving efforts.

As a result of his heroic actions, Falcon received a National Meritorious Act Award from the USLA. “What I did was something lifeguards around the country do all the time,” Falcon commented. “I’m thrilled to have helped but the child would have been rescued if any of my colleagues had happened to be there.”

A former United States Navy Rescue Swimmer, Falcon has been employed with the OCBP since 1997 and brings decades of lifesaving training to the department. He currently leads the department’s training academy and is one of 10 beach patrol rescue swimmers throughout Maryland trained and available to the Maryland State Police.

“I’m glad the child was okay and I deeply appreciate the recognition,” Falcon continued. “This is an enormous honor that I will always cherish.”

Tides and Tempests Ocean Renaissance June 13-14, 2020 CANCELED Join the crew! for a fantasy filled weekend of amazing sea themed characters from mythology, history and literature. Meet and mingle with the magical denizens from…
View Calendar
Add
Go to Top
X