Detectives observed the vehicle fail to stop at a stop sign before entering onto Philadelphia Ave. During the traffic stop, a search of the vehicle was conducted. Detectives located four loaded handguns, additional ammunition, approximately 2 ounces of marijuana, two digital scales, and over $4,000 in cash. Detectives performed a wanted check on the handguns recovered throughout the vehicle. Ocean City Communications advised the detectives that one of the handguns has been reported stolen.

The proactiveness of our Special Enforcement Unit lead to the following two arrests: 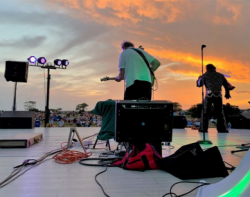