Ocean City, Maryland – (July 23, 2018): On Sunday, July 22, at 3:11 p.m. first responders were dispatched to the beach at 54th Street in Ocean City, Maryland when a sudden gust of wind dislodged an unattended rental umbrella. The point of the wooden pole hit a 46-year-old woman from Pennsylvania who was sitting in a chair. The pole pierced her skin in the upper left chest below the collarbone.

Responding Surf Rescue Technicians (SRT) from the Beach Patrol, along with bystanders, controlled the umbrella as the first SRT on scene began rendering aid and keeping the woman calm. Ocean City EMS and Fire arrived and took over first aid measures. Fire Department personnel cut the wooden pole to remove the umbrella. The patient was transported off the beach and to a nearby landing zone by EMS where she was transferred into a Maryland State Police medivac helicopter and transported to Peninsula Regional Medical Center in Salisbury with non-life threatening injuries.

“Incidents like this are rare in Ocean City but they are a frightening reminder of how dangerous an unsecured umbrella can be,” commented Ocean City Beach Patrol Captain Butch Arbin. “To prevent incidents like this, citizens are encouraged to ensure that the bottom of the umbrella pole is 18 to 24 inches below the surface of the sand and tilt the umbrella into the wind. If it is a windy day, leave the umbrella at home.”

According to Captain Arbin, the Pennsylvania woman felt “blessed” that the accident wasn’t more serious and is thankful to first responders who came to her aid. 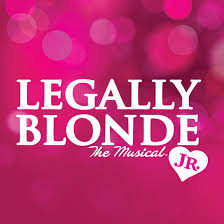