The Town of Ocean City operates under a Council-Manager form of government. There are seven council members elected at large to staggered 4-year terms, and a Mayor elected at large every 2 years. On the Thursday following each election, the council elects their President who serves at their pleasure. The President of the Council presides over the meetings and sets the agendas. The Chief elected official is the Mayor, who represents the Town before all state and local agencies. The Mayor and City Council hire a professional manager to handle the daily operations of the town. The City Manager also serves as the chief financial officer. Ocean City’s elected officials receive minimal compensation for carrying out the responsibilities of public office and may maintain other full-time or part-time jobs. 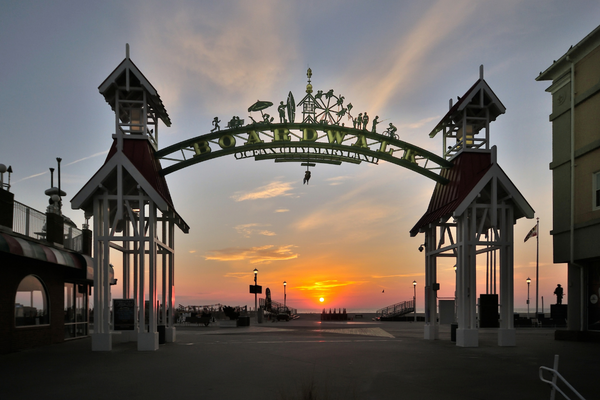 The Council shall consist of seven (7) members elected at large and shall hold all the legislative and, except for the mayoral veto, all the executive powers of the town. The Council shall:

A. Elect one (1) of its members as President.
B. Make all policy decisions subject to the provisions of this charter.
C. Appoint the City Auditor, City Attorney, City Manager and City Clerk.
D. Establish powers and duties for all city boards, commissions and committees in the ordinance which creates them.
E. Receive from the City Manager recommendations for hiring and discharging all department heads of the town.
F. Establish the salaries and other compensation for all officials and employees of the town.
G. Exercise direct supervision and control over the City Manager.
H. Deal with or issue orders or requests to town employees only through the City Manager, except in the case of formal inquiries or investigations.

A. Is the chief administrative officer of the town.
B. Hires, supervises and discharges all town employees, except department heads, subject to personnel regulations and other laws of the town and the state.
C. Recommends to the Council the appointment or discharge of all department heads.
D. Supervises all department heads during the term of their appointment.
E. May request a closed hearing by the Council upon receiving notice of his removal.
F. Makes reports and recommendations to the Council concerning any municipal matter which may deserve Council attention.
G. Carries out other duties assigned by the Council.
H. In the event any enumerated or signed [assigned] power or duty shall conflict with the powers and duties of any other official in the town, then such other official shall be considered to possess such duties and powers rather than the City Manager.