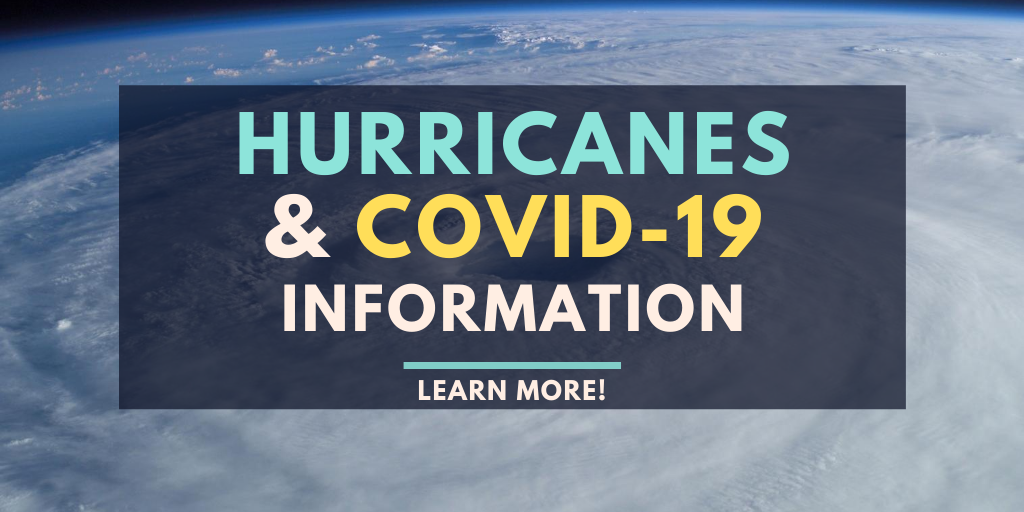 The Atlantic Hurricane Season is from June through November. Ocean City closely monitors all tropical storms and stays in touch with the National Weather Service during any pending storms.

Due to population density and the time required to evacuate Ocean City during the summer months, evacuation recommendations may begin before a hurricane watch is issued.

Local emergency officials evaluate hurricane information to determine when to order an evacuation. The evacuation order is issued by the Mayor through the Emergency Management Director. An evacuation may be given while the sun is shining. This is because we must move all vulnerable residents to safety prior to the arrival of high winds or flooding roadways.

LEAVE YOUR HOME IMMEDIATELY WHEN ORDERED. When an evacuation order is given it will be issued over local radio and TV stations and on the Government Access Channel of your cable TV. Police, fire and other emergency officials will be notifying people as well.

Nor’ Easters – are low pressure centers that develop and track northeast along our coastline. This is a traditional weather pattern during the winter months.

Problem ? – As these Low pressure centers pass by, northeast wind is experienced in Ocean City. The prolonged easterly flow of wind will pile water up in the Assawoman Bay. The slower the forward speed, the longer we experience that easterly flow of wind. This combined with the intensity can cause significant flooding problems for the Ocean City area, as in the March Storm of 1962.

Tropical Storm/Hurricanes – are powerful low pressure centers that are born in the tropic’s. These storms can cause massive destruction to coastal areas. The official Hurricane Season (as if weather listens to dates) runs from June 1st thru November 30th. Typically most Hurricanes effect our area in the later part of August, September, tapering off in October.

Problem ? The problem is somewhat obvious in that these storms can cause massive destruction to coastal areas. Our first priority is LIFE SAFETY. Ocean City remains ready to ask the residents and visitors of Ocean City to evacuate if necessary.

During the summer months in order to effectively evacuate Ocean City you may be asked to leave before a Hurricane Watch is issued when weather conditions are warm and sunny. *PLEASE OBEY ALL RECOMMENDATIONS WHEN THEY ARE GIVEN !*

If the Mayor of Ocean City decides it necessary to evacuate Ocean City the following phases will be used to assist in graduating the traffic exiting the beach:

Anyone traveling to Ocean City is asked to delay their visit until the situation improves.
Mobile Home Residents and Residents of known flood prone areas should prepare secure your homes and prepare to evacuate.
Secure or move all watercraft.
All persons are asked to tune into their Government Access Channel for further detailed information or advisories.

All non-resident property owners, vacationers, and vistors are asked to evacuate.
All mobile home and low lying area residents are asked to evacuate.
The Mayor closes the beach.
City buses will be used for transportation to shelters.
The Route 50 Draw Bridge will be closed to boat traffic.
All persons are asked to tune into their Government Access Channel for further detailed information or advisories.

The Mayor declares a local State of Emergency.
The sale of alcohol is banned and all businesses are asked to close immediately in Ocean City.
Everyone other than emergency personnel are asked to evacuate.
Incoming traffic is limited to emergency personnel.
The municipal bus service is providing pick up service on Coastal Highway for evacuation shelters.
All persons are asked to tune into their Government Access Channel for further detailed information or advisories.

The Mayor requests a complete evacuation of Ocean City as quickly as possible.
All public services and public transportation will be shut down, and all incoming routes to Ocean City will be closed.
Remaining city personnel are ordered to seek shelter immediately and button down.
All persons are asked to tune into their Government Access Channel for further detailed information or advisories.

WHAT’S IN A NAME?

A tropical storm is named when its wind speed reaches a sustained 39 miles per hour. It becomes a hurricane when winds develop to 74 miles per hour or more. The practice of naming storms began informally in the 1940’s and became a more formalized practice in 1950. Storms were named after characters in the international phonetic alphabet… Alpha, Baker, Charlie, etc…, from 1950 to 1952. Beginning in 1953, women’s names were used exclusively. By 1979, men’s names were added to the list, and later the list was expanded to include English, French and Spanish names.

Visitor’s to Ocean City seem to “Unplug” when they arrive. Remember not to let your guard down. Ocean City is a busy city in the summer so keep your eyes and ears open, Stay Safe!