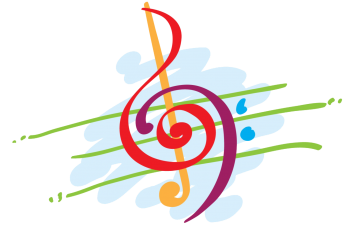 The first show features six time Grammy Award winners, The Chieftains, coming to the Ocean City Maryland Performing Arts Center Tuesday, March 5, 2019. The Chieftains have been highly recognized for reinventing traditional Irish music on a contemporary and International scale. The Chieftains were formed in Ireland in 1962 by Paddy Moloney, one of the top traditional folk musicians in Ireland and around the world. Their ability to transcend musical boundaries to blend tradition with modern music has notably hailed them as one of the most renowned and revered musical groups to this day. They will be celebrating their 55th Anniversary Tour in Ocean City Maryland on Tuesday, March 5, 2019, just in time for Saint Patrick’s Day! Tickets can be purchased online at DelmarvaConcerts.com, by calling Ticketmaster 1-800-551-SEAT or by visiting the OC Box Office.

The next concert you won’t want to miss is, Country Music Hall of Fame members, The Oak Ridge Boys who will play their Shine The Light On Christmas show, Saturday, December 7, 2019 at the Ocean City Maryland Performing Arts Center. A mixture of traditional and contemporary songs—including religious, romantic and fun holiday tunes—makes up the set list, which includes songs from the Oaks’ seven bestselling Christmas CDs. Known for their iconic and multi-platinum selling hit “Elvira,” along with other chart-toppers like “Bobbie Sue,” “Thank God For Kids,” and “Leaving Louisiana In The Broad Daylight,” The Oak Ridge Boys have achieved a decorated career. Made up of members Duane Allen, Joe Bonsall, William Lee Golden and Richard Sterban, whose unmistakable bass on the lyric “oom poppa, mow mow,” has become one of music’s most recognized sing-alongs on an international scale, Tickets can be purchased online at DelmarvaConcerts.com, by calling Ticketmaster 1-800-551-SEAT or by visiting the OC Box Office.

More concert announcements will be coming soon! To be the first to know make sure to follow @DelmarvaConcerts on facebook or visit DelmarvaConcerts.com.