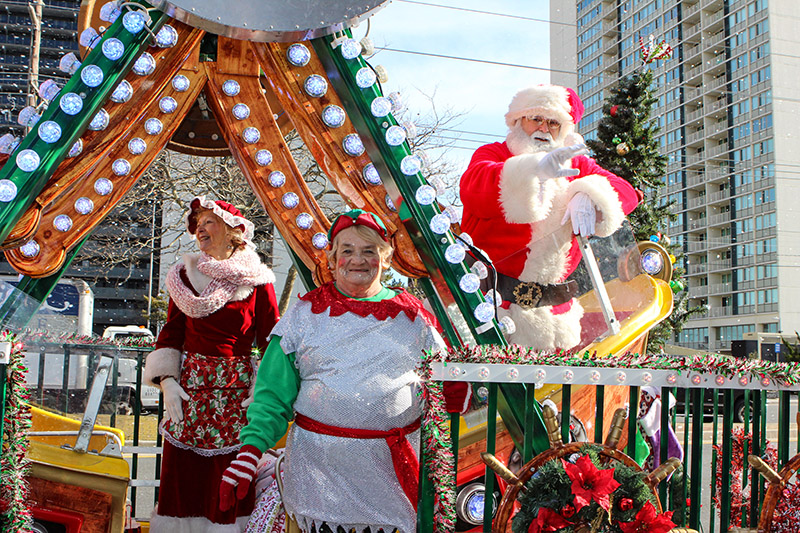 Ocean City, MD – (November 29, 2022): It’s the most wonderful time of the year, and in Ocean City there is no exception! With holiday festivities filling up the calendar in December, Ocean City is adding to the holiday cheer with the 39th Annual Ocean City Christmas Parade marching along Coastal Highway on Saturday, December 3. The holiday parade starts at 11 a.m. on Old Landing Road and marches northbound in the southbound lanes of Coastal Highway to the judges’ stand at 120th Street. The event will feature more than 60 units, including high school bands, antique cars, colorful holiday floats and more.

“For more than 35 years, this parade has been an iconic event for Ocean City and we are happy to continue a custom that is loved by so many!” commented Ocean City Special Events Director, Frank Miller.

47 ABC WMDT Good Morning Delmarva Anchor, Jordie Clark and DJ BK from Radio Ocean City will be the Masters of Ceremony, providing a play by play of the parade for spectators. Professional judges will review bands and other units in nine categories, with trophies being awarded after conclusion of the parade.

Don’t miss the post-parade reception hosted by the Carousel Hotel, bringing additional family fun for participants and patrons alike. Festivities at the hotel will begin immediately after the parade conclusion and will ice skating, a DJ playing continuous holiday music and free photos with Santa and Mrs. Claus. In addition, complimentary winter refreshments will be available.

“We are really excited to continue the holiday celebrations and long tradition of the Ocean City Christmas Parade,” Miller continued. “An extra special thanks goes out to our parade sponsors at Carousel Oceanfront Hotel and Condos, Jolly Rogers, Coca-Cola, Dunkin Donuts and Food Lion, for helping us to continue this family favorite in Ocean City.”

Spectators will not be permitted to watch the parade from the median area of Coastal Highway. Motorists are reminded that traffic pattern changes will begin approximately 8 a.m. and traffic congestion and delays should be expected. Also, due to the high volume of pedestrian traffic, everyone is reminded to Walk Smart by using cross walks and crossing with the traffic control signal.