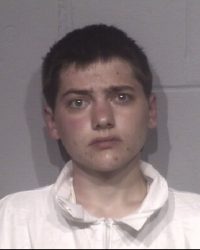 OCEAN CITY, MD – (June 6, 2018): On Monday, June 5, 2018 officers were dispatched to a motel in the area of 1st Street and Baltimore Avenue. The sole tenant of the unit, Justin L. Culley, 19, of Enola, PA, had not checked out at the scheduled time. When staff entered the room to clean and re-rent the room, a large amount of drugs were seen in plain view in the room. Staff immediately called police.

Officers seized several pounds of marijuana, over 300 prescription pills, and a large amount of mushrooms, LSD, MDMA, and additional drug paraphernalia in the room. A K-9 team scanned the suspect’s vehicle where additional mushrooms and over $1,100 in currency was also located.