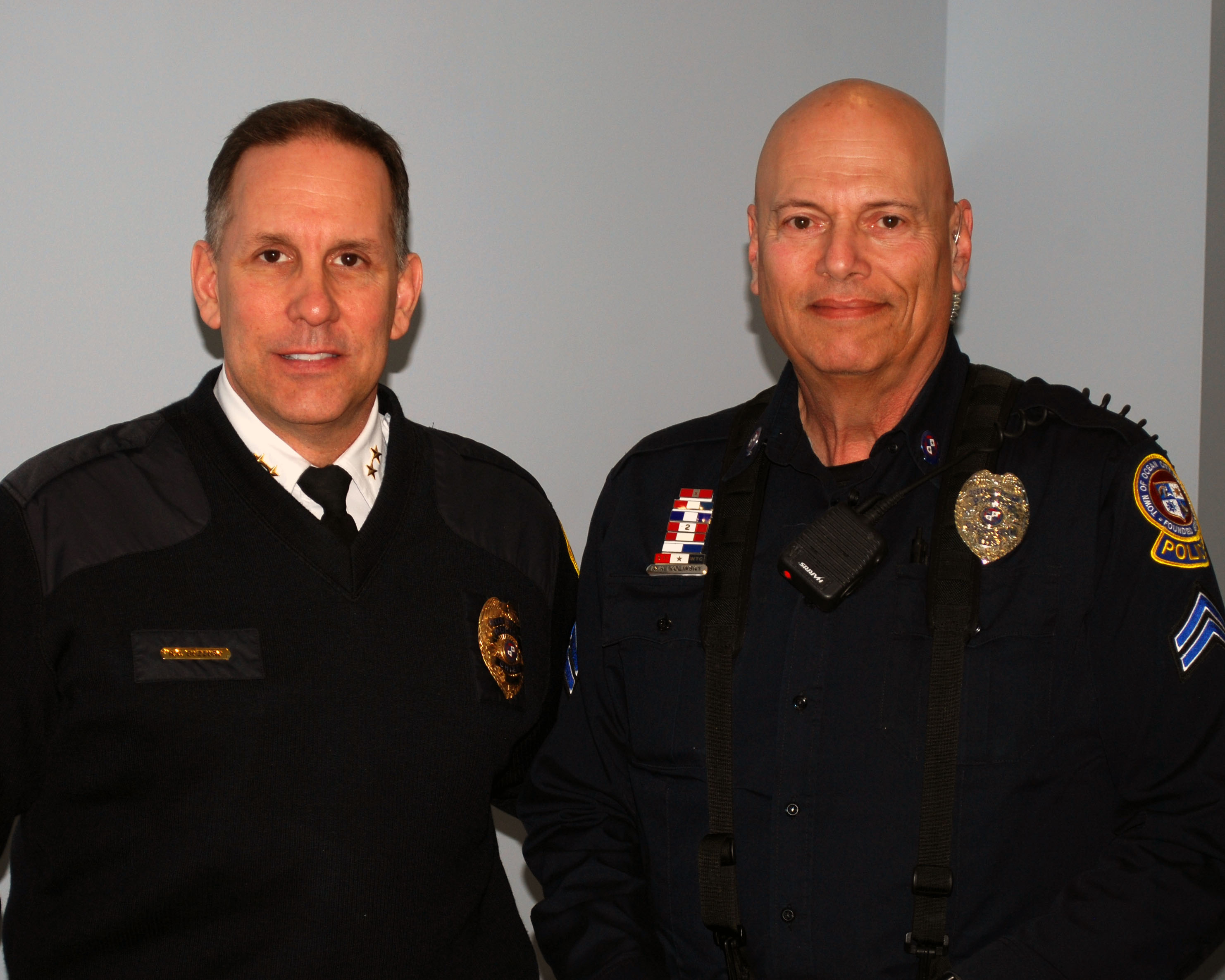 OCEAN CITY, MD – (April 1, 2019): After over 18 years of dedicated service to the Ocean City Police Department, Corporal Mark Wolinsky retired on Sunday, March 31. Cpl. Wolinsky began his career with the OCPD as a seasonal police officer in the summers of 1997 through 2000 and was hired as a full-time police officer in February 2001.

Prior to his career in law enforcement, Cpl. Wolinsky worked for many years as a technical director in the television industry with companies such as CBS Television Network and HBO Studio Productions. He carried many of the technical skills he acquired in his television career into law enforcement, later becoming certified in forensic computer examination and electronic evidence collection. He was also a certified firearms instructor for many years. Over the course of his career, Cpl. Wolinsky had several collateral duties and assignments and participated in thousands of hours of law enforcement training. One major project that Cpl. Wolinsky has been responsible for authoring for last 15 years has been an officer handbook and citation sample book, two documents that have helped hundreds of new seasonal officers get through their first few weeks on the job.

Cpl. Wolinsky earned several awards for his exemplary service during his career including a Meritorious Service award, Special Commendation, a Unit Citation, and three Police Excellence Awards, in addition to the many above average counseling records from his supervisors over the years. Additionally, Cpl. Wolinsky earned a Governor’s Citation in 2005 for participating in Operation Lifeline in New Orleans to assist in the aftermath of Hurricane Katrina. Cpl. Wolinsky is also an award winning marksman and has earned awards in several competitions.

“Cpl. Wolinsky has played an integral role in our department for many years and served as a mentor for many new officers,” commented Chief Ross Buzzuro. “During his tenure, he has assisted countless new officers and we are very grateful.”

After his retirement, Cpl. Wolinsky plans to travel with his wife before returning to the OCPD as a Reserve Officer.

“The spouses and children of police officers make many sacrifices throughout the course of their loved one’s career due to the nature of the job. I’d like to thank my family for enduring years of me working late and missing many holidays and events,” commented Cpl. Wolinsky. “I would especially like to thank my wife for always supporting me in my career. She is the reason I made it through some of the toughest times a police officer can witness.” He continued by saying it was an honor to serve the people of Ocean City, Maryland.