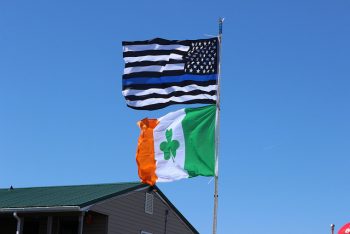 In order to offer an ample amount of space for the parade’s participating floats, bands and motorized units, southbound traffic with be reduced to one lane from 63rd Street to 43rd Street. Northbound traffic will remain open, however, no left turns or U-turns will be allowed along the parade route from the northbound lane including 62nd Street.

Residents and visitors will see traffic delays on southbound Coastal Highway as early as 9 a.m. and should expect congestion until after 2 p.m. To avoid traffic delays, viewers and visitors are urged to arrive before 10:30 a.m. Ocean City Police are recommending motorists entering the Town of Ocean City use Maryland Route 50, as traffic is not expected to be as heavy in the south end of town.

In addition, heavy pedestrian traffic is also expected along the parade route and in surrounding areas. Pedestrians are encouraged to use crosswalks and cross with caution.