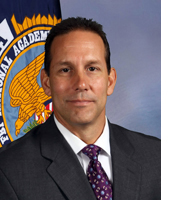 Chief Buzzuro began his career in law enforcement in 1985, as a police cadet in Baltimore City. He worked his way through the ranks, serving as a sergeant, detective lieutenant, deputy major, major and eventually being named lieutenant colonel in 2007. A graduate from the Federal Bureau of Investigation’s National Academy and the University of Maryland’s Fire & Rescue Institute, Chief Buzzuro has been a commander within the Baltimore City’s Special Enforcement Section, Patrol Division, Criminal Investigation Division, and Internal Investigations Division. He has a Bachelor’s and Master’s Degree in Management from John Hopkins University and is known for improving operations, effectively managing resources and strengthening relationships.

Chief Buzzuro has owned a home in Ocean City and vacationed here for many years prior to becoming Chief of Police.